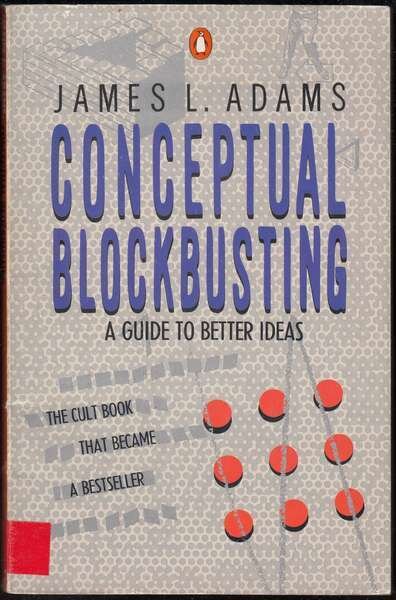 DESIGNERS and MANAGERS, ENGINEERS and ARCHITECTS, CAN ALL LEARN TO OVERCOME THE OBSTACLES TO INCISIVE, CREATIVE OSx THINKING.

Bold and seemingly strange ideas, although they need to be subjected to ruthless and realistic criticism, often lead to the best solutions to difficult problems. Yet most people are inhibited by intellectual or emotional blocks, by the traditions of their culture or the group they work with or by 'using the wrong language'. They fall back on tried-and-tested methods - and come up with stereotyped solutions.

In this stimulating and highly successful book (now in a revised and updated third edition) James L. Adams shows how we can all break through such personal limitations and produce a steady stream of innovative ideas. His forceful and eminently practical advice is based on years of experience as an engineer and management consultant as well as the latest research; it will certainly prove invaluable for anyone who wants to keep one step ahead.

'Anyone who reads this fine book will be richly rewarded'

Few people like problems. Hence the natural tendency in problem-solving is to pick the first solution that comes to mind and run with it. The disadvantage of this approach is that you may run either off a cliff or into a worse problem than you started with. A better strategy in solving problems is to select the most attractive path from many ideas, or con­cepts. This book is concerned with the cultivation of idea-having and problem-solving abilities.

Since I am a teacher of and consultant in engineering and management, the majority of my contacts are with people who are analytical, quan­titative, verbal, and logical. These are certainly excellent traits for any problem-solver. However, so is the ability to conceptualize freely, an activity that requires a somewhat broader thinking vocabulary. I am deeply concerned with attempting to better define this vocabulary and . with helping people expand in this direction. This book reflects that concern. Although I originally began this quest in an engineering envi­ronment, my experience with people in other fields has convinced me that the material in this book is applicable to most walks of life.

You will find little within about how to be more verbal or analytical, although these are both powerful problem-solving tools. Instead the book concentrates upon aspects of thinking that are useful in improving one's conceptual abilities and that I feel are underemphasized in many people's education. Although the book focuses upon conceptualization, these aspects of thinking are also pertinent in other parts of the problem-solving process. Much of the book's emphasis is on creativity, since a good conceptualizer must be a creative conceptualizer. The mental char­acteristics that seem to make one creative not only are valuable in idea-having, but also better equip one to find and define problems and imple­ment the resulting solutions.

The material herein draws upon a multitude of sources. I was first introduced to thinking about thinking by the late John E. Arnold, a pioneer in education and one of my all-time personal heroes. Quite a bit of the book reflects his thinking. Another major influence was Professor Bob McKim, a colleague and friend. We logically should have written this book together. However, Bob had just completed an excel­lent book of his own and was temporarily down with an overexposure to writing. Nonetheless, his influence and thoughts appear throughout. Bob also had the stamina to read the manuscript, as did Professor Harold Leavitt of the Stanford Graduate School of Business, an authority on organizational behavior, and Dr. James Fadiman, lecturer and resident psychologist of the Design Division. Cynthia Fry Gunn, my editor, trans­formed the manuscript into readable prose and selected the art work which adorns the following pages. Special thanks are due to Brooks/ Cole Publishing Company for permitting the use of material contained in McKim's Experiences in Visual Thinking.

Thinking is not yet fully understood. You will therefore find material in this book based on unproven theory, conjecture, and non-scientific ob­servation. Feel free to disagree with it if you would like to, because the in­tent of the book is not to deliver to you the last word in psychological theory. Its aim is rather to let you learn something about how your own mind works in a conceptual situation and to give you some hints on how to make it work better. This is, accordingly, a "think along" book, since it is difficult to talk about thinking without observing one's own thoughts. It is also a book that will, I hope, stimulate you to dig deeper into the game of thinking, with resulting benefits to your own idea-hav­ing capability.

NOTE TO THE SECOND EDITION A chapter has been added on groups and organizations, additional mate­rial has been added on perception, and the content has been somewhat updated. However, the basic message of the book and much of the origi­nal material remain unchanged.

Self Healing: How To Use Your Mind To Heal Your Body

7,95 лв.
купи
How to Walk in High Heels: The Girl's Guide to Everything 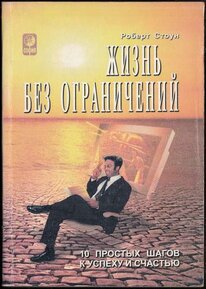