This text is designed to fill the need for quality teaching materials for the course on the legal environment of business. The le­gal environment course is still in its in­fancy, and most of the texts remain wed­ded to teaching it in the same fashion as the traditional business law course—which tends to emphasize legal rules and their exceptions. Most of the analysis, therefore, tends to concentrate on the law—rather than on the implications of the law for business behavior and economic perfor­mance. This text adds a broader dimen­sion—the presentation of the legal rules is supplemented (but not replaced) by anal­ysis of the public policy underlying the law. The need for the policy analysis approach, as opposed to the more traditional legal analysis approach, is easily demonstrated.

The law is constantly in a state of tran­sition. Legal rules affecting the behavior of businesses are no exception. This is espe­cially evident for regulatory laws where differing enforcement philosophies and statutory interpretations emerge with changes in presidential administrations. This evolutionary process means that knowledge of specific aspects of many areas of the law quickly becomes obsolete. Such an observation leads one to question the need for learning detailed rules of law as part of an undergraduate business course or graduate studies. Instead, developing a broad understanding of why the rules exist and of their impact on business behavior may be longer lasting—and, thus, more valuable. The lessons from a policy anal­ysis perspective will outlive many legal rules.

This textbook continues the tradition of legal environment texts by presenting rel­atively detailed accounts and analyses of legal rules. The major innovation in the textbook, however, is to present the ma­terials in an analytical framework designed to give students a broader understanding of the role of the law in various contexts so that they will be better equipped to un­derstand and even predict future devel­opments in the law as it pertains to busi­ness. Another significant attribute of this text is that it contains all of the materials traditionally presented in the legal envi­ronment course, and then—where appro­priate—takes the additional step of pre­senting a consistent policy analysis of legal rules and public policies toward business.

The course for which this text was written is offered under a number of titles at dif­ferent universities and colleges at the grad­uate and undergraduate levels, including "The Legal Environment of Business," "Business and Public Policy," "Business and Government," "Business and Society," "Business and the Legal System," and nu­merous permutations of the preceding. Re­gardless of the course title, every effort has been made to be responsive to the accre­ditation standards of the American Assem­bly of Collegiate School of Business (AACSB). Those AACSB standards define the common body of knowledge for busi­ness students as including:

.. . a background of the economic and legal en­vironment as it pertains to profit and/or non­profit organizations, along with ethical consid­erations and social and political influences as they affect such organizations.

A quick look at the table of contents will reveal the differences that result from ap­proaching the legal environment from a policy analysis perspective. Chapter 1 pro­vides introductions to the law and the pol­icy analysis approach to the legal environ­ment of business. The introduction to the law is traditional. The policy analysis ap­proach, on the other hand, is a substantial departure from the traditional approach of legal environment texts. The policy anal­ysis stresses the important distinction be­tween normative and positive analysis. "Normative" refers to subjective, value-based propositions. It describes the world as one thinks it "ought" to be. "Positive" refers to descriptive, value-free proposi­tions that can be tested for accuracy. It de­scribes the world as it is. A major problem with many of the traditional legal environ­ment texts is that they have taken a nor­mative approach to policy issues—policies are often discussed by stating that one form of regulation is "better" (or "worse") than another. The positive approach, in con­trast, begins with a value-free description of the impact of the regulation. In many instances, regulations injure some parties and help other parties. The positive ap­proach identifies the relevant costs and benefits. Whether or not the policy analyst chooses to let those costs and benefits be the only guide in evaluating policies is it­self necessarily a normative matter—and, by definition, no one person is better than another at making such calculations. Nevertheless, a positive analysis is a sound starting point because it helps to separate the real from the ideal.

Chapter 1 also introduces a basic ap­proach to policy analysis that is applied throughout the text. For any particular law or regulation, the first step of analysis is to identify and evaluate the goals of the law. The second step is to determine whether the law is producing the intended results. The third step is to consider whether the goal can be achieved in a more efficient or a more equitable manner. Concerning the first step, most areas of federal regulatory law can be viewed as responses to per­ceived defects in the market system—so-called market failures. The correction of market failures provides the organization for Parts 3-6 of this text. This leads to a unique division of topics under which the law is viewed as responding to market fail­ures. In contrast, to other legal environ­ment textbooks which tend to list the chapters on regulatory law in an almost random manner, this textbook represents a policy analysis approach in both sub­stance and organization.

Part 2 presents a summary of areas of private law that are fundamental to un­derstanding federal regulatory laws—con­tracts, torts, property, and business asso­ciations. Although these chapters are not intended as a substitute for the traditional business law course it is important to ex­pose students to these areas of the law in order to facilitate the study of the other materials in the course and fill in some gaps in their education if they do not happen to take a traditional business law course. It is becoming common to include summary chapters such as those in the legal envi­ronment texts.

Part 3 is the first part of the text de­voted to governmental responses to an identified market failure—in this case, the failure of the market, under some circum­stances, to generate incentives adequate for encouraging businesses to provide rele­vant and accurate information to their cus­tomers. The federal regulatory responses to this market failure in the areas of se­curities regulation, product safety, worker safety, advertising, and debtor-creditor re­lations are presented and analyzed.

Part 4 addresses the market failure jus­tification—the presence of externalities—for environmental protection laws. The eco­nomic justification for governmental inter­vention and the myriad of federal and state laws are presented and subjected to policy analysis.

Part 5 deals with the federal regulatory response to the market failure associated with monopolies or concentration of eco­nomic power. This part continues the tra­dition evident in most legal environment texts of devoting several chapters to anti­trust law. The chapters consider the eco­nomics of monopoly and competition, the antitrust laws applicable to monopolies and collusion among competitors, and the an­titrust aspects of relations between manu­facturers and their wholesalers and retail­ers.

Finally, Part 6 addresses laws and reg­ulations designed to correct what is per­ceived by many as the major source of problems with the United States' economic system—unequal distribution of income resulting from unequal bargaining power in labor markets. These chapters present and analyze the basic employment con­tract, labor-management relations, and equal-employment opportunity laws.

Learning Aids in the Text

The unique organization and approach of this text is stressed throughout in order to help keep students focused on the big pic­ture. Each part is introduced with a sum­mary of the chapters included in the part so that the logical relationships between the goals of the law and the analytical goals of the text are emphasized.

The policy analysis perspective is evi­dent throughout the text. Questions after cases strike a balance between legal anal­ysis and policy analysis of the opinions. The more in-depth policy analyses are set off in separate subsections. At the conclusion of each chapter, a summary pulls things to­gether. The end of chapter questions are a mixture of comprehension questions, hy­pothetical cases, and policy analysis ques­tions. Each chapter contains a bibliography of leading treatises as well as timely schol­arly writings.

An Instructor's Manual is available for all adopters of the text. The Manual is an es­pecially helpful teaching tool for instruc­tors not familiar with a policy analysis ap­proach because it includes some additional insights on policy issues. For each chapter, the Manual includes: a chapter outline; a section on author's comments and teach­ing suggestions; case briefs for each text excerpt as well as answers to end-of-case questions; answers to end of chapter re­view questions; and an extensive test-bank of true-false, multiple choice, case, and policy questions.

The unique features of this text dictated that we call on the expertise of several review­ers in the very early stages of the project. I gratefully acknowledge the insightful and helpful comments of Marcus Williams of George Mason University, Ellen Peirce of the University of North Carolina, Renee Culverhouse of Auburn University, Paul

Fiorelli of Xavier University, E. Clayton Hipp of Clemson University, and William Vanderpool of Appalachian State Univer­sity. One of the reviewers, Douglas K. Glasgow of Texas A&M University, de­serves special thanks for making exten­sive, detailed, and insightful comments on much of the manuscript.

Kenneth A. Burns helped write some of the chapters in Parts 1 and 2 and helped on the revision of the first draft of every chapter. His influence is evident through­out the text. My appreciation of his efforts is evidenced by mention of his name on the internal title page.

Much of the text was written during the 1985-86 academic year while I was a John M. Olin Visiting Fellow at the University of Chicago Law School. The financial as­sistance of the Olin Foundation is grate­fully acknowledged.

Completion of the text was facilitated by the able research assistance of Cam Ri­ley (now the Head Law Librarian at West Virginia University), Arnon Siegel and Paul Heald at the University of Chicago Law School.

I welcome comments from students and professors about their experiences with this text. 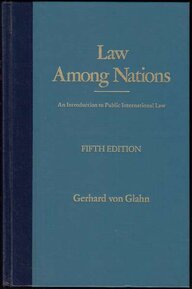 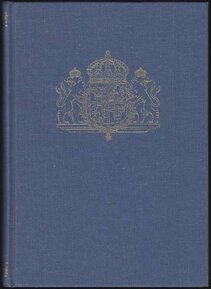