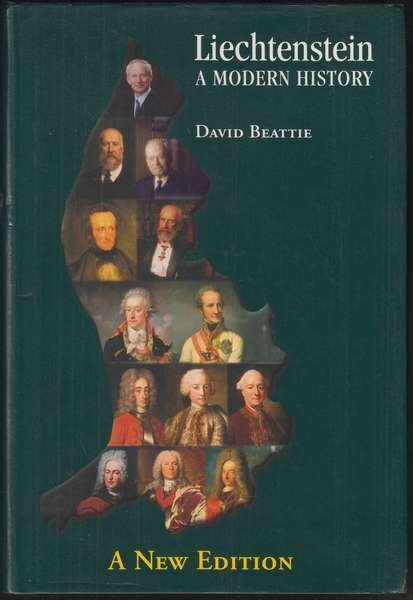 The first edition of Liechtenstein: A Modern History, launched in 2003, was hailed as the most comprehensive and factual book on Liechtenstein published for decades. It has been reprinted several times, reflecting the demand for well-researched information about Liechtenstein. Since the book was first published, world events have radically affected Liechtenstein's global position, and this expanded and completely revised edition now brings Liechtenstein's story up to date. It includes a full account of Liechtenstein's response to the international financial crisis and of the chain of events that led to the Liechtenstein Declaration in 2009 in response to global standards on transparency in fiscal matters.
The enormous impact on the financial services sector is admirably documented. The author has also drawn extensively on the recent ground-breaking investigations of the Independent Commission of Historians, which have done much to clarify Liechtenstein's role in the Second World War. As a former British Ambassador to Switzerland and Liechten­stein, David Beattie writes with authority about the country from a combination of first-hand experience and thorough research, including interviews with many of the key personalities.
The result is an essential read for those who wish to under­stand the current status of one of the world's most individual countries, and how it has survived in the face of global change.
**
От вътрешната страна на обложката:

Liechtenstein is a unique but little-known success story in modern Europe. Excluded from the League of Nations in 1920 because it was thought too small, it is now an active member of the United Nations, the Europe­an Economic Area, the Council of Europe and other international organisations. Its history has been dramatic and precarious. Several times it was in danger of vanishing from the map, most recently in 1939. It has no natural resources beyond a hard-working and entrepreneurial population. Low taxes, liberal regulation and "small government" have transformed it from an agrarian back­water into one of the most advanced high-technology industrial countries in Europe. Its manufacturing companies provide employ­ment to people from the surrounding region. Globally, they offer almost as many jobs abroad as at home. Its flourishing financial services sector, although criticised in the past, is now better regulated than many others in Europe and has been very positively assessed by the International Monetary Fund. In 2009 Liechtenstein committed itself to the OECD's global standard on transparency and information exchange in tax matters. Liechtenstein's constitution is a unique blend of a strong monarchy, vigorous direct demo­cracy and an active parliament. There is a tra­dition of robust political debate but an un­derlying desire to reach consensus. The result is a high degree of political stability, a pre­condition for the country's economic success, high standards of living and welfare and flourishing cultural life.

This book pulls together the threads of the country's history, institutions, politics and economy. Material from the British National Archives, some used here for the first time, gives insights into Liechtenstein's interaction with the wider world in the twentieth century. The book analyses the reasons for Liechten­stein's political survival and economic success. It ends with; a study of the prospects for this many-sided mini-state as Liechtenstein faces the challenges and opportunities of a chang­ing Europe: a Europe that might have some useful lessons to learn from Liechtenstein.

About the Author David Beattie CMG

David Beattie was born in 1938. He was edu­cated at Merchant Taylors' School, Crosby. He studied Ancient Greek, Latin and An­cient History and then Russian at Lincoln College, Oxford.

***
CONTENTS
List of Illustrations vii
Preface to the Second Edition viii
Acknowledgements ix
Introduction xi
PART I: HISTORY
Liechtenstein's Early History 3
The Princes of Liechtenstein (to 1723) 10
Towards Full Sovereignty (1719-1806) 19
Reform from Above, Pressure from Below (1805-58) 26
Johann II (to 1914) 30
The First World War 42
A Discreet Revolution (1918-21) 49
Realignment from Austria to Switzerland (1919-24) 53
The Campaign for International Recognition (1919-22) 62
The 1920s 74
The Shadow of Hitler, 1930-38 82
The Austrian Anschluss; Munich; a Nazi Putsch; Patriotic Unity 92
The Second World War 110
The End of the War 134
The Aftermath of War 139
The Economic Miracle (1950-90) 150
Liechtenstein's Foreign Policy in the 1970s: the CSCE and the Council of Europe 160
The Accession of Hans-Adam II, 1989 166
Admission to the United Nations, 1990 169
Admission to the European Economic Area (1988-95) 174
PART II: THE CONSTITUTION AND POLITICS
The 1921 Constitution 187
Hans-Adam II and Hereditary Prince Alois 191
Political Parties and Pressure Groups 204
The Constitutional Controversy (1992-2003) 209
The Powers and Constitutional Role of the Prince 237
The Powers and Constitutional Role of Parliament 247
The Powers and Constitutional Role of the Government 263
Direct Democracy 270
The Courts 275
Local Government 282
State and Church 296
A Summing Up 303
PART III: THE ECONOMY
A Survey of the Economy 309
Industry 322
Financial Services 336
Financial Services: Supervision and Regulation 343
International Bank Secrecy and Tax Competition, 1996—2004 362
PART IV: LIECHTENSTEIN AND THE INTERNATIONAL FINANCIAL CRISIS
Introduction 379
Reforms and Prosperity 381
Hidden Assets, Bank Secrecy and Signs of Change 387
The International Financial Crisis 395
Stolen Data 397
The UBS Affair 402
The Crisis in Liechtenstein 404
The G20 Campaign and Its Consequences 410
The Effects of the Crisis on Liechtenstein's Economy 417
Measures for the Future 425
PART V: MODERN LIECHTENSTEIN
Life in Liechtenstein 433
Foreign Policy: Objectives and Resources 454
Foreign Policy: Initiatives and Disagreements 463
Liechtenstein and the Wider World 473
PART VI: THE FUTURE OF LIECHTENSTEIN
Liechtenstein's Will to Survive 479
A Brief Chronology 498
Sovereign Princes of Liechtenstein since 1712 501
The Princes of Liechtenstein: A Simplified Family Tree 502
Governors and Heads of Government of Liechtenstein since 1918 503
A Note on Sources 504
Glossary and Selected Acronyms 510
Index 513
Характеристики
В наличност:
Да
Език
английски
Автор
David Beattie
Издателство
van Eck Publishers
Етикети
европейска история
Град
Liechtenstein
Година
2012
Страници
541
Състояние
неизползвана книга
ЗАБЕЛЕЖКА
книга в почти отлично състояние - леко захабена обложка
Корица
твърда
Формат
голям
Ширина (мм)
160
Височина (мм)
240
Дебелина (мм)
42
Тегло (гр.)
1298
Доставка

An Uncertain Glory: India and Its Contradictions 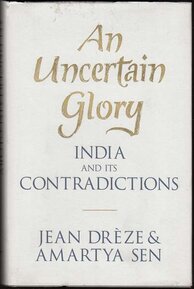 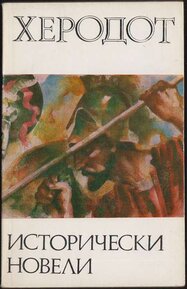 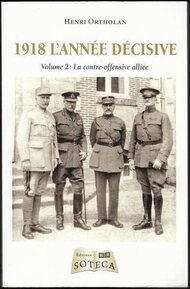 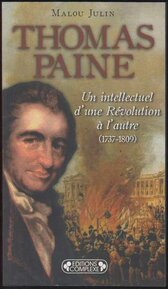