The essays collected in this volume, all ori­ginally written in English for a non-Chinese au­dience, are taken from those writings of Fung Yu-lan that are relatively far-reaching and con­cise. As a whole, Fung's writings are the result of contact between Eastern and Western culture and of the modernization of Chinese philoso­phy. He investigates philosophy in the light of all of its cultural manifestations, taking the problem of life as his focus. Along such a trend and under the guidance of Professor John Dew ey, he completed his doctoral dissertation, "A Comparative Study of Life Ideals," at Columbia University in 1923 (published in 1924). The work presents the young author's achievements in his endeavour to have a thorough knowledge of both Western and Chinese philosophy and their life ideals and to pursue the highest ideal of life as he saw it.

After the publication of his two-volume A History of Chinese Philosophy (1930-1936), Fung turned his interest to the attempt to create a modern system of Chinese philosophy, thereaf­ter successively publishing six books about his new Neo-Confucianism. Then he returned again to the study of the history of Chinese philosophy and wrote in English A Short History of Chinese Philosophy (1946-1947). The experi ence of creating his own philosophical system made him more penetrating in comprehension and more explicit in expression than he was when preparing his large History. In order to meet the need of Western readers, he often explained Chinese philosophy in comparison with Western philosophy From this philosoph ical comparison he came to a social conclusion: "In order to live in a modern world, China has to be modernized." His Short History was pub­lished by Macmillan Company in 1948, fol­lowed by French, Italian and Yugpslavic ver­sions translated from the English original.

The two works mentioned above form Part I of this book, and six essays on Chinese philo­sophy and a speech form Part II.

All the essays except the first one are sup­plements to and development of his two-volume History. The first essay, entitled "Why China Has No Science" and published in the International Journal of Ethics in 1922, interprets and answers this question mainly through phi­losophy (i.e., ideology), though it also points out the importance of geography, climate and eco­nomic conditions. Another essay, "Philosophy in Contemporary China," first read before the Eighth International Philosophy Congress, Prague, 1934, updates his History to comment on the development of philosophy in China since the May 4th Movement of 1919.

This book is concluded by the "Speech of Response Delivered at the Convocation of Sep­tember 10, 1982 in Columbia University," when , Fung was bestowed the degree of Doctor of Letters, honoris causa, at Columbia University. In this speech he reviews his long journey of sixty years after his graduation from Columbia and the three stages of development of his aca­demic thought. He says: "I live in a period of conflict and contradiction between different cultures. My problem is how to understand the nature of this conflict and contradiction, how to deal with it, and how to adjust myself within this conflict and contradiction. I always recall one line that appears in the Bооk of Poetry of the Confucian classics. It reads, 'Although Chou is an old nation, it has a new mission.... China is an ancient nation which has a new mission, and that mission is modernization." For sixty years Fung's efforts have been, in his own words, "to preserve the identity and individual­ity of the ancient nation, yet, at the same time, to promote the fulfillment of the new mission." 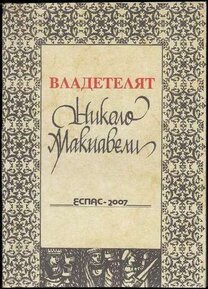 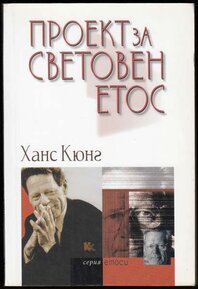