Annabelle. a beautiful con artist, is planning the heist of the century.

Jonathan DeHaven. the shy division head at the Library of Congress, is planning nothing more than a peaceful day amongst his cherished collection. But something fatal is waiting for him in the vaults...

After Jonathan's body is discovered, the members of the Camel Club are determined to investigate the inexplicable death. And it soon becomes clear that there was much more to the librarian than a mild manner and a love of books.

While Annabelle flees from the terrifying consequences of her scam, the Camel Club finds itself confronting powerful enemies who will stop at nothing to protect a secret conspiracy - and the code that conceals it - from being revealed...

A breathtaking ride through the murky worlds of gambling, politics and espionage. The Collectors is David Baldacci at his thrilling best.

"The page-turner of the season"

"One of the world's biggest-selling thriller writers. Baldacci needs no introduction... Brilliant plotting, heart-grabbing action and characters to die for"

David Baldacci is a worldwide bestselling novelist. With his books published in over 45 different languages and in more than 80 countries, and with over 110 million copies in print, he is one of the world's favourite story­tellers. David is also the co-founder, along with his wife, of the Wish You Well Foundation, a non-profit organ­ization, dedicated to eliminating illiteracy across America. Still a resident of his native Virginia, he invites you to visit him at www.DavidBaldacci.com, and his founda­tion at www.WishYouWellFoundation.org. 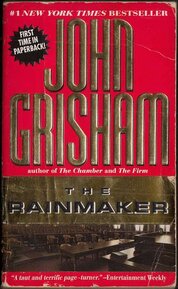