made the Seven Deadly Sins fashionable and amus­ing. A scientist of pleasure, a master of debauchery, he spent his days in sleep, his nights at official duties —or amusement. By his dissolute life, he became the most famous voluptuary—next to Nero himself—of the decadent Roman Empire.

History also immortalizes Petronius on another score: as the author of that penetrating satire of high and low Roman life, The Satyricon.

Formerly the property of Latin scholars and acade­micians, this great comedy is now readily available to the general reader in lively, modern language. William Arrowsmith's brilliant unexpurgated trans­lation recaptures all the rowdy humor of Petro­nius' classic. Here are the rollicking adventures of three impure pilgrims—the charming scoundrel Encolpius, his handsome serving boy Giton, and Ascyltus, who lusts after Giton—who live by their wits and other men's purses.

Here is the entire dubious world of Nero's Rome —the fools, the hypocrites, the fatuous philoso­phers, the pompous rhetoricians, the new rich . . . all in passionate pursuit of pleasure.

. . one of the comic masterpieces in the literature of the Western world. ... It has received at William Arrowsmith's hands its first really responsible and readable translation into modern English."

"William Arrowsmith's translation of the Satyricon. meets the two fundamental requirements of the translator's art: perfect fidelity to the original and a vitality of style that tempts the reader to believe that the English version is not a translation. This work is likely to become a classic of our literature." 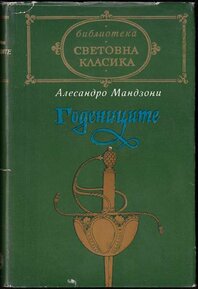